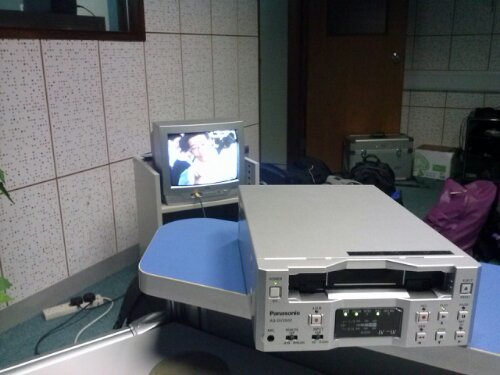 DV tape reader, because of digitalization, it has already faded out from many filmakers’ eyes. I also forget this little device for quite a long time.

Before I found this thingy again, I needed to get the video from some DV tapes. That IS almost the most annoying thing in the world!!! That is the longest process before any recording. Besides that, that thingy may have potential errors and the whole capture has to be repeated, again.

The capture speed of DV tape readers goes up linearly which means that the longer the video, the longer to capture.

After I got a nice digital camcorder, I actually don’t need this thing anymore but I still have a need to read these tapes. Surprisingly, I don’t see any errors when playing tapes. That is totally different than what I had experienced before: it isn’t really that bad.

To conclude: DV tapes readers are starting to fade out from people’s memory, but it still have the need to exist .